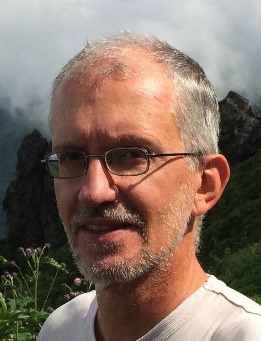 Swarm robotics is about designing, constructing and controlling swarms of autonomous robots that cooperate to perform tasks that go beyond the capabilities of the single robots in the swarm.  In this talk, I will give an overview of research in swarm robotics in my research lab, IRIDIA, at the Université Libre de Bruxelles. I will first present results obtained with homogeneous and heterogeneous swarms of robots that cooperate both physically and logically to perform a number of different tasks. I will then conclude by discussing some very promising ongoing research on the self-organised formation of hierarchical control structures in robot swarms.

Marco Dorigo received his PhD in electronic engineering in 1992 from Politecnico di Milano. From 1992 to 1993, he was a research fellow at the International Computer Science Institute, Berkeley, CA. Since 1993, he is at Université Libre de Bruxelles (ULB) where in 1996 became a tenured researcher of the F.R.S.-FNRS, the Belgian National Funds for Scientific Research. Between June 2011 and December 2014 he was a full professor of computer science at Paderborn University, Germany.

He is now co-director of IRIDIA, the artificial intelligence laboratory of the ULB. He is the Editor-in-Chief of Swarm Intelligence, and associate editor or member of the editorial board of many journals on computational intelligence and adaptive systems.

Dr. Dorigo is a Fellow of AAAI, EurAI and IEEE. He was awarded the Italian Prize for Artificial Intelligence in 1996, the Marie Curie Excellence Award in 2003, the F.R.S.-FNRS Quinquennal award in applied sciences in 2005, the Cajastur International Prize for Soft Computing in 2007, an ERC Advanced Grant in 2010, the IEEE Frank Rosenblatt Award in 2015, and the IEEE Evolutionary Computation Pioneer Award, in 2016. 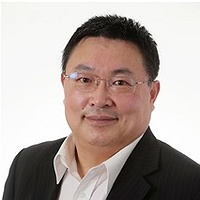 Nature-inspired optimization algorithms have become effective tools for optimization concerning engineering designs, optimization, data mining and computational intelligence. Nature provides a rich source of inspiration for ingenious problem solving. Algorithms based on characteristics of ants, bats, bees, birds, cuckoos, and fireflies have demonstrated their flexibility and effectiveness in solving highly nonlinear problems in a wide range of applications. However, there exist many challenging issues in this area. This talk discusses some recent developments and highlights some open problems in swarm intelligence and nature-inspired algorithms.

Xin-She Yang obtained his DPhil in Applied Mathematics from the University of Oxford. He then worked at Cambridge University and National Physical Laboratory (UK) as a Senior Research Scientist. Now he is Reader in Modelling and Optimization at Middlesex University London and Adjunct Professor at Reykjavik University (Iceland). He is also an elected Bye Fellow at Cambridge University as well as the IEEE CIS Chair for the Task Force on Business Intelligence and Knowledge Management.

He has been on the lists of the Clarivate Analytics/Web of Science Highly Cited Researchers in 2016, 2017 and 2018.

Sustainable interdependent networks have a wide spectrum of applications in computer science, electrical engineering, and smart infrastructures. We are going to discuss the next generation sustainability framework as well as smart cities with special emphasis on energy, communication, data analytics and transportation. In addition, we will discuss solutions regarding performance and security challenges of developing interdependent networks in terms of networked control systems, scalable computation platforms, and dynamic social networks.

Panos Pardalos is a Distinguished Professor and the Paul and Heidi Brown Preeminent Professor in the Departments of Industrial and Systems Engineering at the University of Florida, and a world renowned leader in Global Optimization, Mathematical Modeling, and Data Sciences. He is a Fellow of AAAS, AIMBE, and INFORMS and was awarded the 2013 Constantin Caratheodory Prize of the International Society of Global Optimization. In addition, Dr. Pardalos has been awarded the 2013 EURO Gold Medal prize bestowed by the Association for European Operational Research Societies. This medal is the preeminent European award given to Operations Research (OR) professionals for “scientific contributions that stand the test of time.” Dr. Pardalos is also a Member of the New York Academy of Sciences, the Lithuanian Academy of Sciences, the Royal Academy of Spain, and the National Academy of Sciences of Ukraine. He is the Founding Editor of Optimization Letters, Energy Systems, and Co-Founder of the International Journal of Global Optimization, and Computational Management Science. He has published over 500 papers, edited/authored over 200 books and organized over 80 conferences. He has a google h-index of 95 and has graduated 62 PhD students so far.